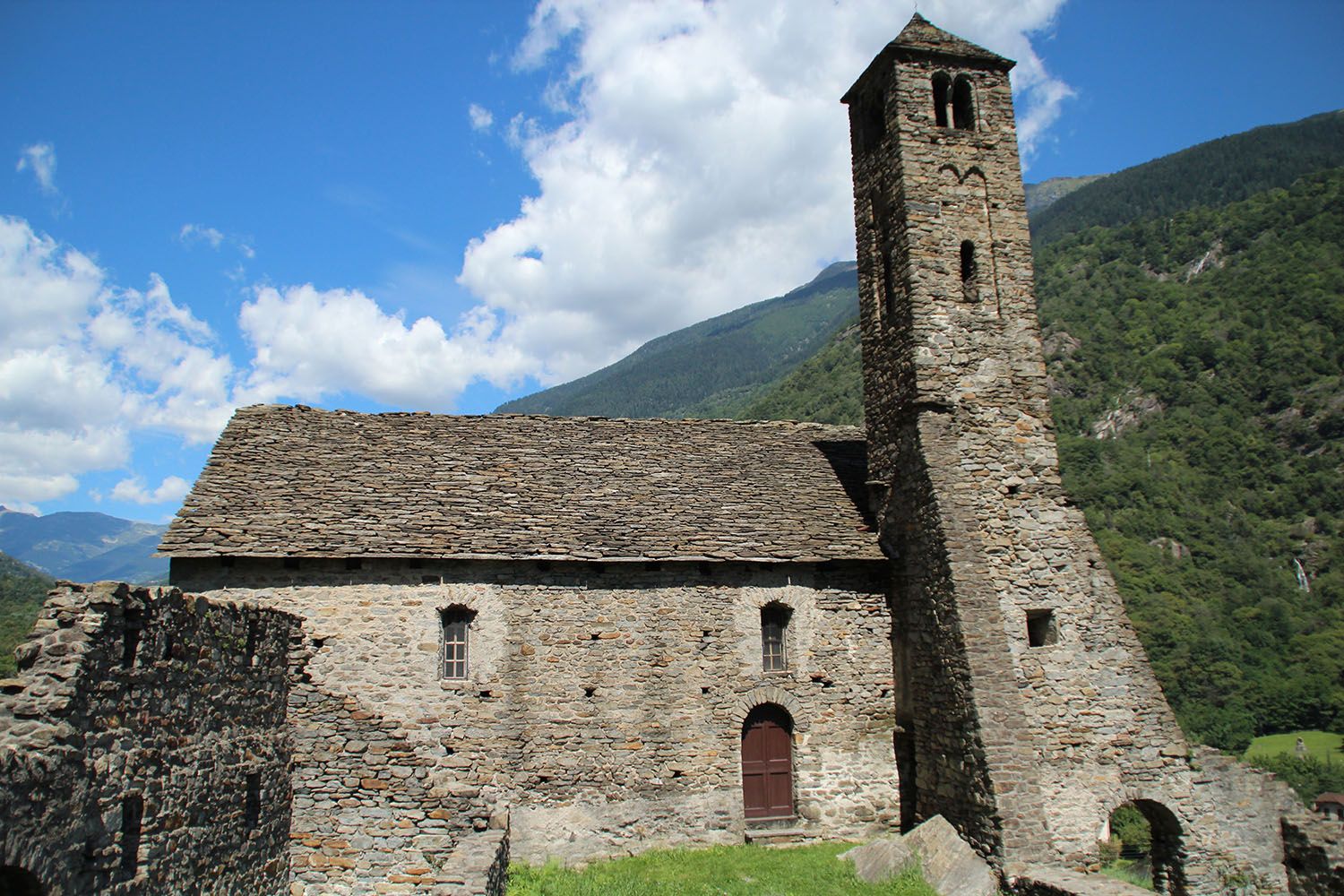 Located on a hilltop, this church offers a splendid view and can be reached by following a trail departing from the train station.

The church was mentioned for the first time in a document dating from 1329, and retains traces of several historical periods. The present grounds of the church used to be part of a castle which was destroyed in 1518. Parts of its walls can still be seen to the left of the church. It can be assumed that, originally, the church was built as an apsidal hall in the lord’s residence. Over the years, in periods of good fortune, the church was expanded several times.

The building’s two parallel naves are divided by a pair of arches. An interesting wooden coffered ceiling from 1575, now restored, covers the entire church. It is decorated with Renaissance features and bordered by coats of arms. The choir is embellished with remarkable frescoes by the painters of the Seregnesi workshop and dated 1448, as shown on the inscription. The vault exhibits Christ in Majesty (in the mandorla) together with the symbols of the evangelists (man, eagle, ox and lion). On the back wall, we can see Saint George killing the dragon; in the lunette, the Crucifixion now partially hidden by the altar, and two martyrs can also be seen.

Outside, a fresco representing Saint Cristopher and dating back, like the other frescoes, to the late 15th century, used to occupy a dominant place. It is now almost completely deteriorated.

The building is flanked by a tall quadrangular bell tower in Romanesque style.